The main goal is to exchange and share know-how while the focus is on new knowledge acquisition about patients themselves and their families to improve the quality of life for all.

PASYKAF Board of Directors, the Executive Director and executives participate in the following:

PASYKAF President, Dr Anna Achilleoudi is appointed member of the committee for the period 2017-2022, representing all the cancer patients’ associations.

Executive Director Mr. Nikolas Filippou has been a member of the Organization’s Executive Committee since 2014, while since 2017 he has represented patients on the Board of Health Insurance Organization (OSH) for a five-year term.

Mr. Andreas Christodoulou is appointed member of the committee for the period 2019-2024, representing all the patients’ associations.

PASYKAF is one of the founding members. It participates in various action groups such as the’ patient support group’ and ‘access to medicines and smoking group’. The Executive Director  of PASYKAF has been participating on the Board of Directors since September 2017.

Chair of the Patients’ Committee and member of the Organization is Mrs. Dora Konstantinidou, member of PASYKAF team for the last 20 years.

Members of the Organization Mr. Andreas Christodoulou, president of the EPF Youth Group and himself responsible for PASYKAF’s IT systems.

PASYKAF participates as a member of the International Union Against Cancer. 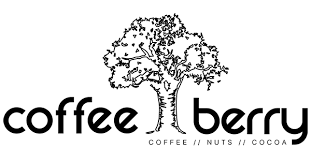 Cookies are small files stored by your browser. They don’t contain personal information and using them does not provide access to your computer assets or files. We commonly use cookies in order to store information anonymously and analyze our website performance and to help us tailor it to your personal preference.
Necessary Always Enabled
pll_language - Language cookie
cookielawinfo Necessary - GDPR cookie
SAVE & ACCEPT